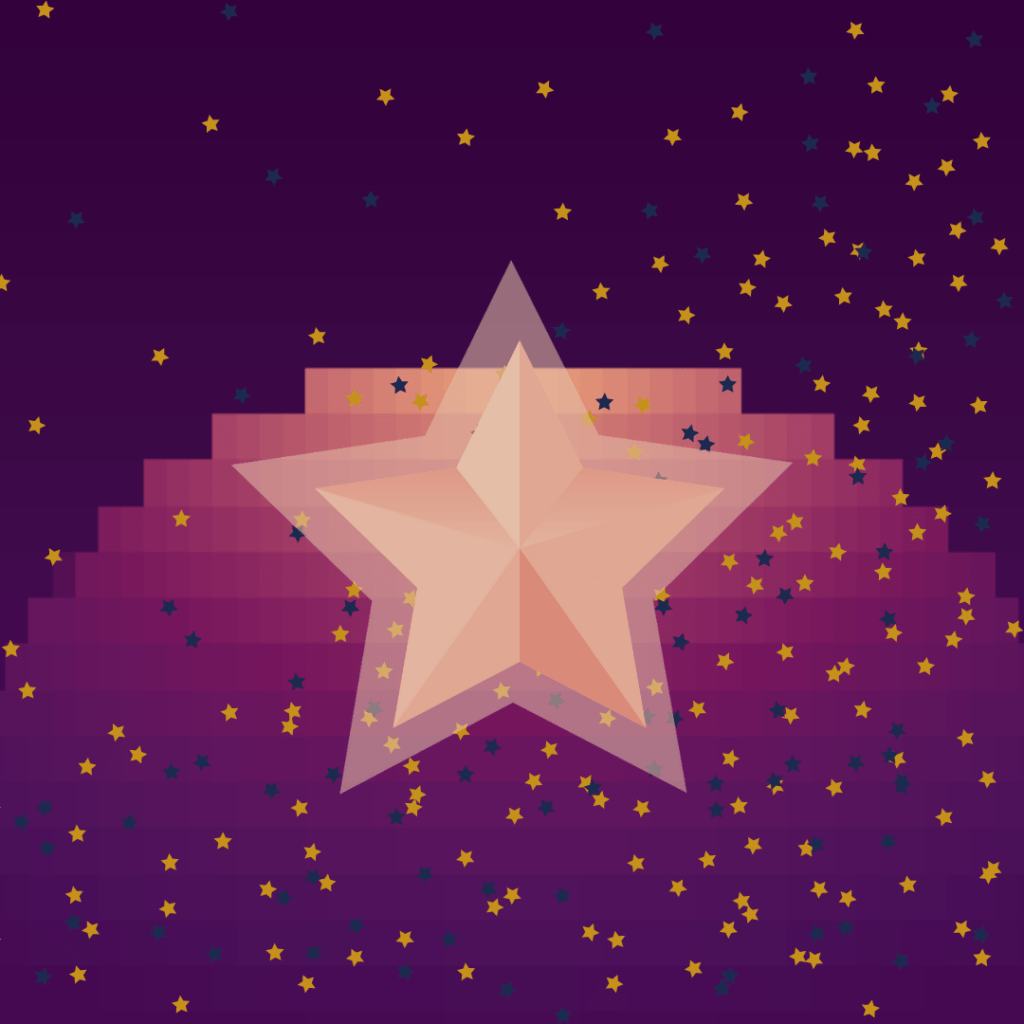 If there is one thing that has been thoroughly covered in virtually all fields of research, the press, and that is visible across all social media, it is the people who have risen to fame through the use of social media. From influencers to Youtubers, twitch streamers to instapoets, booktubers and booktokers, and the like, public figures on social media have become a significant aspect of contemporary life. The prevalence of such figures has led to the rise of a new, all-encompassing term: content creator. The centering of social media as platforms for user-generated content has facilitated the rise of content creators all across the world, crossing national, linguistic, and geopolitical lines.

So do we need need this book? 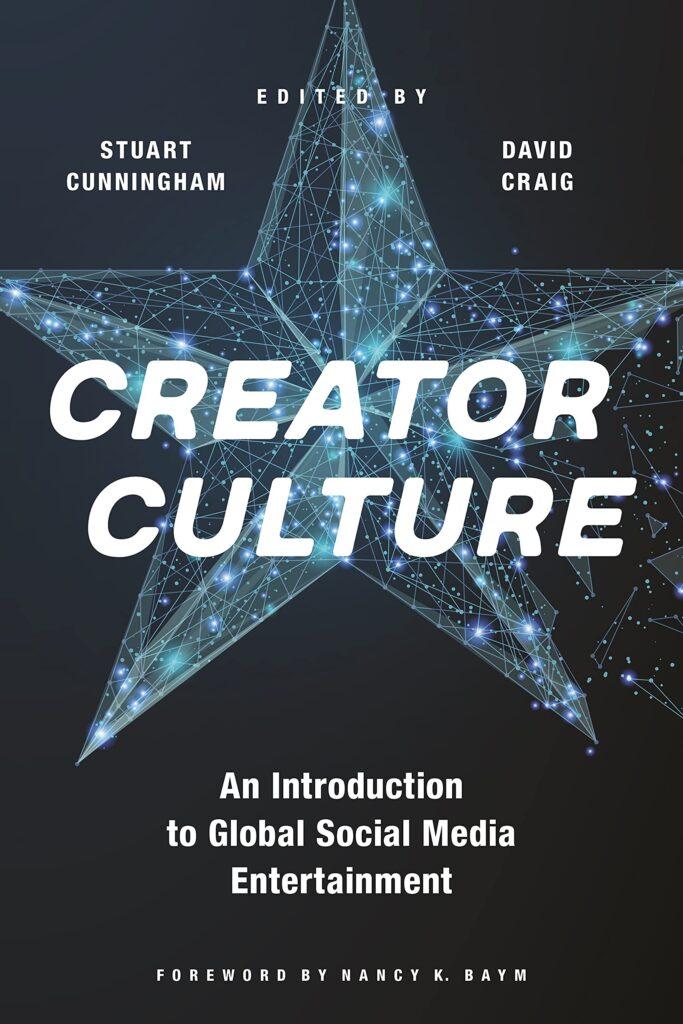 The intersection of social media and popular culture

Cunningham and Craig have successfully managed to collect several distinguished researchers who work at the intersection of social media and popular culture. People with familiarity to this intersection will recognize contributors such as Jean Burgess, Zoë Glatt, Sarah Banet-Weiser, Brooke Erin Duffy, Carlos Scolari, and Arturo Arriagada. The collection also includes a foreword by Nancy K. Baym, a well-cited scholar of social media.

The book is split into three parts, covering frameworks and methods, genres and communities, and industries and governance. Each of these parts work well in both exemplifying as well as addressing different parts of creator culture. The title, “creator culture,” refers just as much to the popular culture of today, with social media content creators being such a central part of it, as it also refers to the specific culture of these creators (the practices and communities). This is highlighted especially in the chapter titled “Toy Unboxing Creator Communities” by Jarrod Walczer, with the term “community” and its meaning as it relates to the digital, and the idea of fellowship mediated by the digital. This is also mentioned by Jean Burgess in the chapter titled “Platform Studies,”, which focuses on the idea of the platform, and the entanglements that exist between platform and creators. Studying creators means also studying the platforms.

Also featured in Part One is a particularly strong chapter on what exactly the “entertainment” part of social media entertainment is. The chapter “Productive Ambivalence, Economies of Visibility, and the Political Potential of Feminist YouTubers” by Zoë Glatt and Sarah Benet-Weiser successfully positions feminist YouTube content within a “cultural system.” Here, they showcase two intersecting approaches to feminist content creation—one that is concurrent with the underlying capitalist logic of platforms, and one that tries to transform hegemonic power relations, reminding us that entertainment is not “just” entertainment, and that social media entertainment is much more complex. The chapter “Critical Media Industry Studies” by David Craid et al. follows up on this, warning against easily dismissing something as just “commodified culture.”  Arriagada also mentions this in “Content Creators and the Field of Advertising,” in Part Three, following up on how the production and circulation of content empowers consumers, such as giving more space or voice to underrepresented groups. Such ideas are also repeated in another chapter in Part Three, titled “Creator Rights and Governance,” written by Cunningham and Craig themselves.

In Part Two, the chapter on “Spanish-Speaking BookTubers” by Scolari et al. shows how the social media entertainment ecology brings forth new actors, practices, and relationships in the broader media ecology, focusing on the relationships between BookTubers and other actors, in addition to the processes they are involved in. An example that shows how, while they may, as creators, occupy a small place in the bigger YouTube ecology, they have a prominent place in the wider ecosystem of literature. Such links, establishing the social media entertainment ecosystem’s entanglement in other ecosystems, is another strong point of this book. And the argument that we must see beyond “just social media,” like we must see beyond “just entertainment,” is strongly argued for. Moreover, the use of the concepts of ecology and ecosystem to describe the complexity of such entanglements in situating itself in the newer developments of the humanities today.

Not just entertainment, not just social media, and definitely not just global

But it is not only with the other cultural ecosystems that the recursive entanglements are done; it is also with different national and regional communities. The “global” in “Global Social Media Entertainment” is not just used as a word to describe the vastness of it, but also, it is taken up in a majority of the chapters through situating the idea of “the globe” in national and regional perspectives, as well as how it also works in shifting the importance of certain “regions” altogether. Various chapters show how different platforms have different foot-holdings across our entire world, as well as how the economic and cultural situations of different regions are influencing who the creators are. The chapter “Beyond the Nation” by Kumar et al. makes a compelling argument that linguistic and cultural “regions” are more productive categories than national identity and culture on social media. Today, social media platforms act as intensifiers of such regions. This chapter, further on, feels like a prelude to something that needs more attention in a book of its own.

While much of the focus is on the presence of our contemporary social media culture, Duffy and Sawey do underline that social media content creation is very similar to a traditional creative career (138), reminding us that everything is not always necessarily new, and that influencers are service providers. While this demonstrates relations to established media, the editors are perhaps too set on showing the differentiations and not necessarily the continuations (celebrity authors and their focus on communication with their readers was a big phenomenon even before social media for instance), or similarities of things past.

In need of a follow-up collection

At the same time, it is almost a shame that the book didn’t come just a year later. The sudden dominance of TikTok happening in 2020-2021 makes its minor presence in the book more pressing. As an example of both community, glocalisational practices, and transformational content production, the mention of the indigenous TikTok content creators of North America would seem like a chapter that could have been easily included in this book.

While this was a missed opportunity, which, of course, is not possible to hold the editors accountable for (unless they can see into the future, which I doubt they can), there is one content creation that for long has been a part of the internet, but which does not fit into what is described in this book—and that is the meme culture of the internet, which almost by definition is supposed to be authorless. Therefore, these creators of memes and meme formats remain invisible and also with little possibilities of making it a profitable. It would have been interesting to study this sort of counter-culture in the context of the social media entertainment ecosystem.

Another almost untouched subject is that of older roles changing and moving into this new ecosystem. Here, poets becoming instapoets or YouTube bards, are such an example. While the book is really good at focusing on the new types of actors establishing themselves in the ecosystem, it does not touch enough upon older actors moving into it. What does it mean, for instance, for a poet to become an actor in the social media entertainment ecosystem, and how does effect the craft of poetry? And how about brands going from customer support on social media to acting more like content creators themselves (see fast-food chains like Chipotle and Wendy’s, for instance). Maybe this is an idea for yet another collection edited by Cunningham and Craig, which it seems like they have a good knack for creating in general, should we believe the outcome of this collection.

What this collection does particularly well is provide a critical tool, or framework, for understanding the underlying structures of the content of social media, and the role that creators have in it. One of the most important messages in the book, which is also mentioned in the foreword, is that social media entertainment serves capitalist logics more than ti does the public good. And all the authors do a good job of reminding us of this fact, but also, they highlight the small acts of resistance against it. A content creator is not always _just_ a content creator.